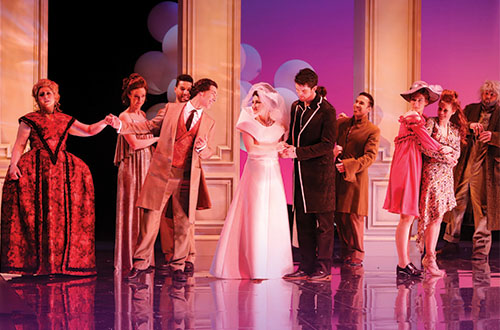 EVERYONE’S FAVOURITE BARBER IS BACK, AND NOW HE’S TYING THE KNOT

Like every young couple, Figaro and Susanna had dreamed of their perfect wedding day. But their plans are thrown into chaos when Figaro’s boss, the Count, sets his sights on Susanna. Mozart’s upstairs-downstairs comedy is complete with mistaken identities, swinging spouses, and some of the most recognizable music ever written!