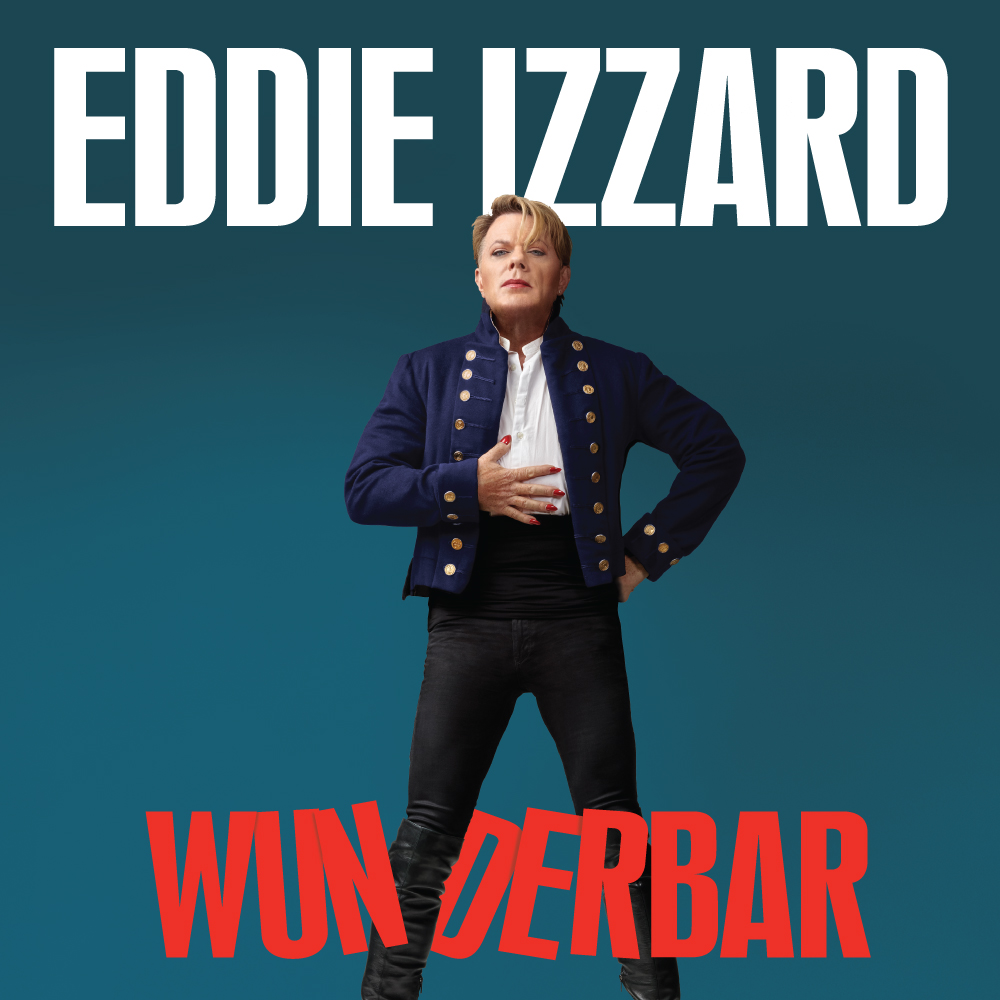 Eddie Izzard will bring her critically-acclaimed ‘Wunderbar’ World Tour to Canada this Fall.

For more information about the program requirements click the COVID-19 Update tab, at the top of this page.

Promoters may require additional measures above the public health orders. Please check with the specific event listing or your point of sale for further details.

Sep 27
Get Tickets »
This event is also showing at the Southern Alberta Jubilee Auditorium in Calgary.

Eddie Izzard will bring her critically-acclaimed ‘Wunderbar’ World Tour to Canada this Fall.
Wunderbar is a delicious insight into the surreal and fantastical world of Eddie Izzard touching on life, love, history and even her theory of the universe.
Wunderbar began life at La Nouvelle Seine, a floating theatre in Paris on the Seine where Izzard began to improvise her new show in French. She then flipped countries and continued developing the show improvising in Berlin in German. After more development in English, Izzard shared Wunderbar with the world, touring in 45 countries and performing the show in four languages… But made sure the language fit the country!

This is Izzard’s first tour of Canada since her 2013 Force Majeure tour. ‘Force Majeure’ made comedy history having played in 45 countries including all 50 US States AND in four languages, making it the most extensive comedy show ever.
Izzard is arguably one of today's top comedians. With her brand of keenly intelligent humor that ranges from world history to historical politics, sexual politics, mad ancient kings, and chickens with guns, she has built an extraordinary fan base that transcends age, gender, and race.
Share this event