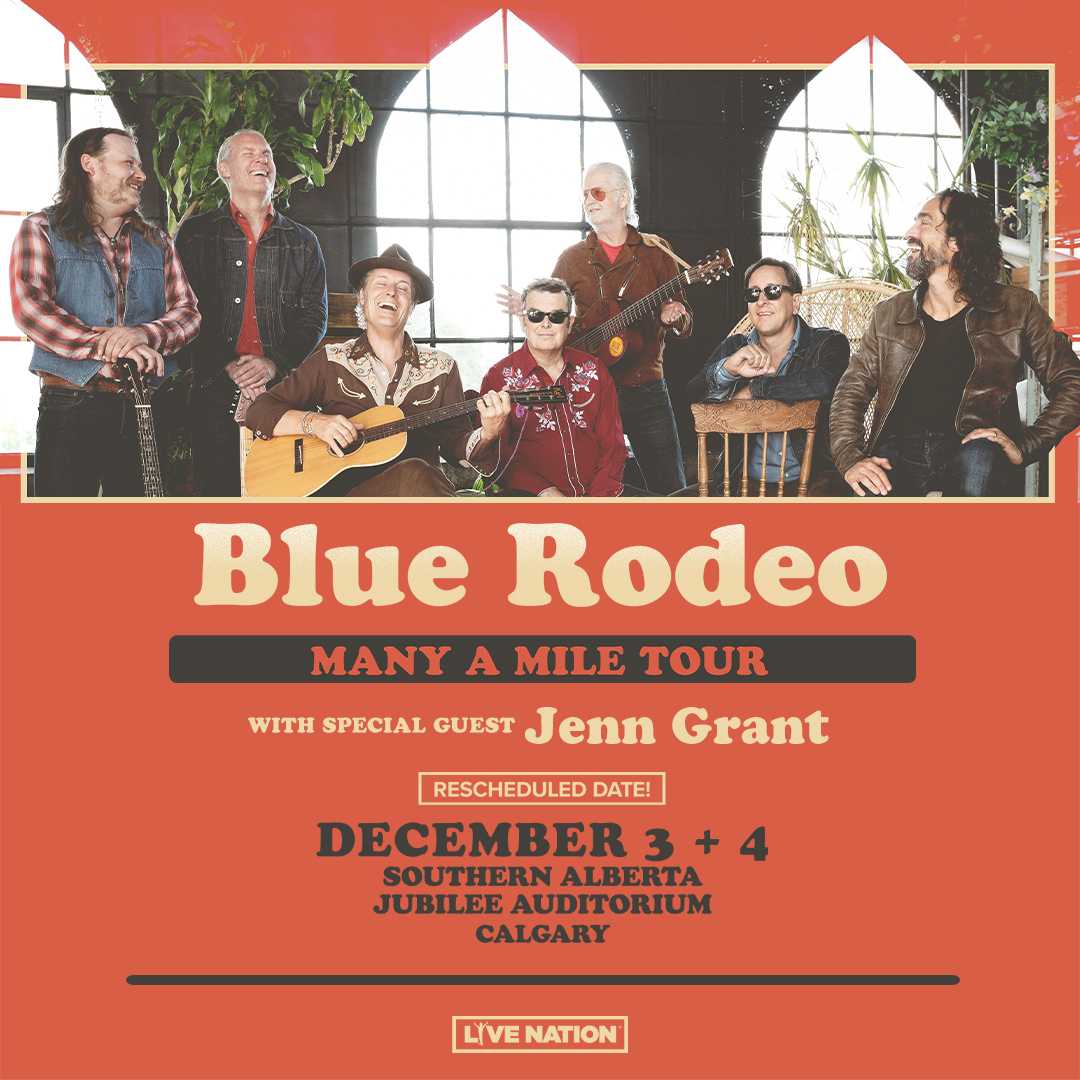 Blue Rodeo: Many A Mile Tour.

For more information about current requirements, click the COVID-19 Update tab, at the top of this page.

PLEASE NOTE: Promoters may require additional measures above the public health orders. Check the specific event listing on the promoter’s website or with your point of sale for further details.

The band is delighted to welcome Nova Scotia based songwriter, performer, painter and producer, Jenn Grant as support for the tour.

The resulting 12 songs are remarkably coherent, energized, and buoyed by a constellation of surprising textures and touches. From the twinkly, delicate “Symmetry of Starlight” —which soars on luminous pedal steel and angelic harmonies —to the twangy, seriously rollicking singles “When You Were Wild” and “I Owe It to Myself,” 'Many A Mile' is a snapshot of a peerless group at their peak. The album is also a fitting addition to Blue Rodeo’s canon of achievements which include the Order of Canada, induction in the Canadian Music Hall of Fame, a star on Canada’s Walk of Fame, the Governor General’s Performing Arts Award, and more than 30 JUNO Award wins and nominations.
Share this event